The financial services platform is designed for new companies that want to bring technology ideas to the Department of Defense, intelligence agencies and the commercial space industry.

James Parker, co-founder of Endeavour, said the company aims to expand its footprint amid an increased demand for the firm's working capital management tools.

The Department of Defense recently granted trusted capital provider designation to Endeavour through a DOD initiative aimed at ensuring the trustworthiness of defense technology investors.

The Los Angeles-based company offers federal contractors up to $10 million in capital based on unpaid invoices. 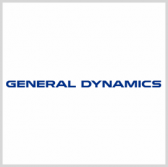