Zachary Lemnios, vice president of IBM‘s research division, said he believes collaboration between the Department of Defense and system developers that are connected to the semiconductor industry would drive innovation and adoption of microelectronics technology across DOD platforms.

IBM embraced a collaborative model in efforts to develop the 7-nanometer chip technology behind the company’s POWER10 processor and artificial intelligence hardware accelerator that is intended to support energy efficiency in AI model training, Lemnios wrote in a commentary published Monday.

The former DOD official noted that the department could stand to benefit from collaborating with the commercial sector to equip systems with state-of-the-art microelectronics.

He believes the Pentagon could manage semiconductor demands across different programs of record through co-development, joint innovation and strategic partnership opportunities.

“IBM believes that commercial-led innovation in partnership with the U.S. government in this important area can have a long-lasting positive effect that can be replicated to other industries,” Lemnios added. 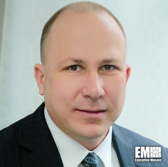