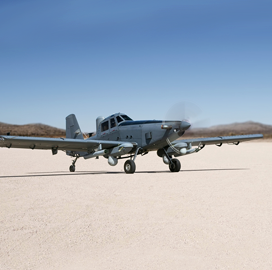 L3Harris Technologies and Air Tractor have teamed up to produce an intelligence, surveillance and reconnaissance strike system intended to function in austere environments.

The AT-802U Sky Warden is an integrated package of Air Tractor’s AT-802, a single-engine aircraft offering a large payload capacity, and the L3Harris’ sensor, communications and ISR platforms, the companies said Thursday.

Luke Savoie, president of L3Harris' aviation services unit, noted that company-built mission systems have been used in both ISR and attack missions over the past decade.

L3Harris said the aircraft’s name draws from the broad history of A-1E Skyraider attack aircraft and the performance of U-28 aircraft that uses “Warden” as its callsign in combat missions.

Delivery of Sky Warden can be completed in less than 12 months, according to the defense company. 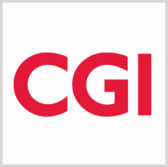 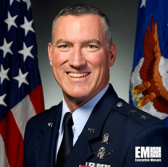