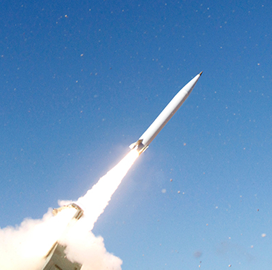 A new Lockheed Martin-made missile performed its longest flight to date in a recent demonstration conducted with the U.S. Army in New Mexico, where it flew 248.5 miles.

The flight test, which is PrSM's fourth one, was held in an effort to evaluate the missile's range, accuracy, flight trajectory, warhead lethality, integration with the HIMARS launcher and general performance.

Lockheed will conduct two more PrSM demonstrations this year to mature the missile and reduce associated risks. Future tests will demonstrate the missile's maximum range and involvement in the Army's Project Convergence campaign, which seeks to establish an artificial intelligence-powered battlefield management system.