The Crew-1 flight as part of NASA’s Commercial Crew Program came more than a week after the launch of the Crew-2 mission aboard SpaceX’s Falcon 9 rocket to perform a six-month scientific research mission on the orbiting laboratory.

The Crew-1 astronauts performed several technology demonstrations and scientific investigations, including a study on protein crystal development, robotic assistant tech demonstration, semiconductor crystal production experiment and testing of a new tape dispenser developed by students as part of the High Schools United with NASA to Create Hardware program. They also contributed pictures to the Crew Earth Observation investigation and played a role in five spacewalks outside the ISS.

Teams at SpaceX’s Florida facility will conduct an inspection and study the Resilience spacecraft’s performance and data during the flight.

The Crew-3 mission is expected to lift off no earlier than Oct. 23, while Crew-2 astronauts are set to return on Oct. 31.

In November, the Crew-1 mission aboard Falcon 9 launched from Kennedy Space Center in Florida as the first of SpaceX’s six operational missions to the ISS. 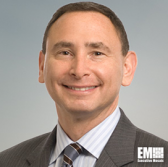