Two new Boeing-made solar arrays have been installed by astronauts outside the International Space Station to provide power for the orbiting laboratory.

The company said Monday the new arrays generate twice the energy than those produced by the original ones, and feature solar cells built by Spectrolab and a Redwire-developed roll-out structure for enabling movement without motors.

During astronaut spacewalks on June 16, 20 and 25, NASA’s Shane Kimbrough and European Space Agency’s Thomas Pesquet took each of the 61 ft by 20 ft panel to the far end of the lab’s truss for installation.

The pair of arrays are just two of the planned six total panels ordered through Boeing’s ISS Vehicle Sustaining Engineering contract. The effort is aimed at delivering up to a 30 percent increase in power for more scientific experiments, technology research and commercial initiatives onboard the ISS. 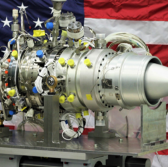