In addition to securing the Lot 16 contract, the EW system maker is now running the F-35 system deliveries under the Lot 14 award and handling materials as part of the Lot 15 deal.

Eighteen shipsets from BAE are in production per month, and the company plans to expand its monthly manufacturing capacity to over 20 shipsets in 2022. BAE will pursue the target expansion to accommodate F-35’s low-rate initial production.

To date, the company has delivered 800 AN/ASQ-239 systems in support of the F-35 aircraft’s EW performance and situational awareness.

BAE produces the EW system at a manufacturing facility in Nashua, New Hampshire. 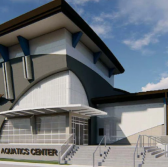