CAES has added Mark Esper, former secretary of the Department of Defense, to the company’s board of directors in an effort to strengthen its executive leadership team and board.

The company said Thursday Esper, as a board member, will work across the diverse portfolio of CAES mission-critical offerings for air, sea, space and land platforms and will also serve as a critical adviser to Advent International, which acquired CAES.

“We are excited to have Dr. Esper join our Board and look forward to the unique experience and insight that he brings as a government and business leader who is deeply committed to the security of the United States,” said Mike Kahn, president and CEO of CAES and a 2021 Wash100 Award recipient.

“Dr. Esper’s insights will help guide CAES in our continued efforts to achieve technical excellence and drive industry leading analog and digital innovations that advance the security and capabilities of the United States and its allies,” he added.

Esper commented on his appointment, stating, “I am pleased to be joining the great team at CAES, which has proven to be a leader in delivering innovative electronic solutions that empower the warfighter, and improve the security and effectiveness of the United States and its allies. I very much look forward to contributing to both CAES and Advent.”

Esper’s vast experience in civilian and federal service is expected to further enhance CAES’ executive leadership team and the board’s ability to promote growth and value.

Esper served as secretary of defense from July 2019 until November 2020 and was secretary of the U.S. Army from 2017 to 2019. As defense secretary, he was responsible for ensuring the U.S. national security, protecting the American people at home and abroad, as well as advancing the country’s interests globally.

Before serving as DOD secretary, Esper worked as Army secretary. He also spent ten years on active duty as an infantry officer in the Gulf War and Europe before retiring in 2007.

He was the chief operating officer and executive vice president of Defense and International Affairs at Aerospace Industries Association. Other commercial experience he has includes working as the vice president for government relations at the former Raytheon company from 2010 to 2017.

“We are honored to welcome Dr. Esper to the CAES Board of Directors. We look forward to Mark’s engagement and contributions to CAES as we expand upon our technologies and industry leadership in advanced electronics critical to national security,” said Bob Hitt, CAES chairman of the board and operating partner to Advent. 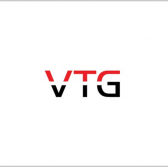