A Raytheon Technologies subsidiary was awarded a five-year, $495 million contract to provide logistics and repair services for all U.S. Marine Corps ground equipment.

“We provide logistics support for deployed systems around the globe. Our job is to ensure no mission is ever delayed because of a needed repair or missing part,” commented Bob Williams, RI&S’ vice president of global training and logistics.

The company has performed logistics and repair services for 17 years. The new award expands on the said services, almost doubles the estimated amount of equipment being managed and extends the company’s support to every major Marine Corps installation worldwide.

RI&S has expanded experience in working with Department of Defense organizations. In May, the company secured a U.S. Air Force contract worth an estimated $175 million to provide signals intelligence field services for the Air Force’s Distributed Common Ground System, which collects.

In addition, the company secured a five-year, $146 million U.S. Navy contract that requires it to continue operating and maintaining the U.S. government’s Relocatable Over-the-Horizon Radar. It is a critical asset that greatly assists government organizations combat narco-terrorism. 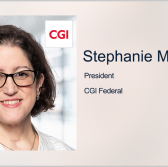 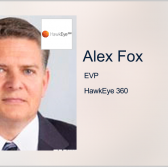