Relativity Space has introduced its plans for its 3D-printed launch vehicle, Terran R, and raised $650 million in a round of Series E financing to help advance production work on the reusable rocket.

Terran R is a two-stage rocket that will lift off from the company’s launch complex at Cape Canaveral in Florida starting in 2024, Relativity said Tuesday.

The 216-foot-tall launch vehicle has a 5-meter payload fairing and will be equipped with seven 3D-printed Aeon R engines with thrust capability of 302,000 pounds each and an upper stage that accommodates one Aeon Vac engine. The rocket can launch and carry a payload of up to 20,000 kilograms to low-Earth orbit and has 20 times more payload capacity than Terran 1, which is scheduled to launch this year.

“Scalable, autonomous 3D printing is inevitably required to thrive on Mars, and Terran R is the second product step in a long-term journey Relativity is planning ahead,” Ellis added.

Relativity currently operates with over 400 employees and plans to hire 200 more workers in 2021 as it works to build up production capabilities for Terran R in support of government and commercial clients’ space missions. 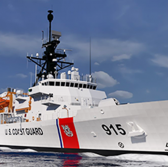