SpaceX has launched a Dragon resupply spacecraft with over 7,300 pounds of new solar arrays, research materials and various supplies en route to the International Space Station.

Pilote, one of the spacecraft’s carried investigations, will demonstrate how virtual reality and haptic interfaces can support the performance of remotely controlled robotic arms. The European Space Agency leads this investigation.

Another featured study, titled Understanding of Microgravity on Animal-Microbe Interactions, will assess how spaceflight environments affect the symbiotic relationship between animals and microbes through a study of bobtail squid and bacteria.

One of the investigative projects will also test how the commercially available Butterfly IQ Ultrasound tool could support medical operations in space.

The space station’s Canadarm2 robotic arm will install the iROSA units on June 16 and 20. 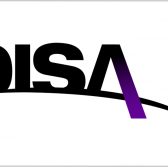