These deployments follow USAF’s clearance of KC-46 tankers for limited operations. Boeing delivered the first KC-46 unit in 2019 and continues to update the aircraft towards achieving full operational capability in the future. 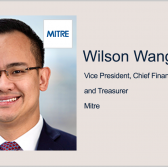