The U.S. Air Force is planning to award $19 million to a Wichita State University research organization for the first phase of an effort to create digital twins of the F-16 fighter that will be used for reducing aircraft maintenance costs and duration, Defense News reported Friday.

Under the planned four-year contract, the university’s National Institute of Aviation Research will scan individual components from two retired F-16s to create digital replicas that will be engineered inside a virtual environment.

“With a 3D model, we can model different solutions in a virtual environment and see if they work before having maintainers remove parts that may not need to be removed,” explained Capt. James Boyer, a structural engineer within the Air Force.

The Air Force aims to have a digital model of fighter technologies that usually require maintenance such as environmental control, hydraulic and fuel systems, but not including the aircraft’s engine.

As part of the effort, NIAR will receive manufacturing data and technical expertise from F-16 developer Lockheed Martin in exchange for access to the resulting 3D models.

The overall cost of the digital twin project is estimated to reach $27 million. 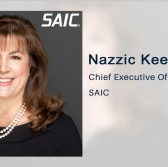