ST Engineering announced on Thursday the 30th anniversary of the company’s commercial aircraft maintenance operations at the Mobile Aeroplex at Brookley. The Mobile facility, Mobile Aerospace Engineering, was established in 1990 and obtained its Federal Aviation Administration 145 Repair Station Approval for airframe maintenance on Jan. 17, 1991, and operations began the same year.

“We are proud of the longstanding success MAE has cultivated with the Mobile community over the last three decades. The hard work and dedication of our workers are the foundation of this strong legacy, and one we are committed to continue,” said Tom Vecchiolla, president and CEO of ST Engineering North America.

MAE helps stimulate economic activities in airport logistics, education and training, housing, transport and other areas. It supports the local community by engaging with several local charities and donation drives.

“MAE has been a critical piece of our economic fabric in the City of Mobile for the last 30 years. Their success is a true testament to the company’s leadership and Mobile’s skilled workforce,” commented Mobile Mayor Sandy Stimpson.

“MAE is able to celebrate such a significant milestone today thanks to the loyalty of its many longstanding customers, the support from the local community and authorities, and the hard work and contributions of its dedicated employees,” stated Jeffrey Lam, president of ST Engineering Commercial Aerospace.

“Together with ST Engineering’s commitment to continue growing its business in Mobile and Pensacola, this gives us confidence that MAE will rise above the current challenges faced by the global aviation industry and see many more good years ahead,” concluded Lam. 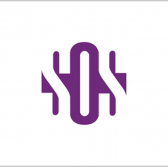