SupplyCore has received two sole-source contracts from the Defense Logistics Agency that have $120 million in maximum combined value and provide for facilities maintenance, repair and operations supplies supporting U.S. forces in Korea and Japan.

The indefinite-delivery/indefinite-quantity awards are bridge contracts with a six-month ordering period ending on Jan. 15, 2022, and no optional extensions, the Department of Defense said Wednesday.

SupplyCore will perform work at its facility in Rockford, Illinois, and military installations in Korea and Japan, and support the U.S. Army, Navy, Air Force, Marine Corps and Coast Guard. 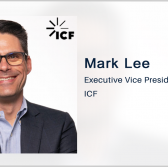