The Internal Revenue Service has released a draft request for proposal detailing its requirement for augmented reality capabilities in support of the Enterprise Digitalization and Case Management Office’s efforts in reducing manual processes and enhancing taxpayer services and compliance operations.

EDCMO AR requirement, or Solution Challenge Seven under the Pilot IRS program, is meant to lessen the office’s reliance on paper and enable the use of mobile devices to generate information for the public by pointing the device at IRS images and forms, the agency said in the SAM.gov notice.

“As stated in its strategic plan, the IRS must take advantage of technology to improve decision making, and to integrate technologies that enable more efficient mission delivery,” the draft solicitation reads.

The SC will have three phases, including proof of concept and prototype, and additional testing and initial deployment. Phase 3 will focus on additional deployment of technologies. The maximum contract amount for the requirement is $7.5 million under the current iteration of the Pilot IRS program.

IRS plans to meet with interested parties on Aug. 31 to address questions from the industry regarding the requirement. Proposals are due Sept. 7. 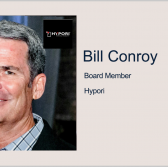