Next-Generation Overhead Persistent Infrared satellites, whose development is led by Lockheed Martin, are designed to alert the U.S. military on missile threats and would succeed the existing Space-Based Infrared System, Northrop said Thursday.

Northrop and Ball expect to deliver the payload to Lockheed in 2023.

The Space Force also tasked Northrop to design a pair of Next-Gen OPIR space vehicles that would operate in polar orbit. 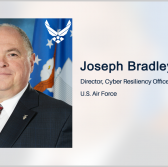 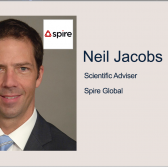