The company said Wednesday the activity was the culmination of its efforts to transfer its rocket motor mix, cast and test work to Arkansas from its Sacramento, California operations.

Aerojet Rocketdyne used the eSR-73 demonstration motor for the test fire. It was cast at the engineering, manufacturing and development facility of the Camden site.

The motor weighs 7,800 pounds and is developed as an upper stage capable of functioning as a large solid rocket motor second or third stage, depending on its application.

In the past five years, the Camden site has also experienced a 70 percent workforce increase. The recruitment aligns with Aerojet Rocketdyne’s efforts to build the site’s capabilities and team to support large solid rocket motor production and management. 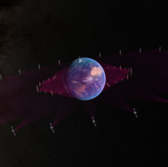