Rebellion Defense, a startup developing artificial intelligence technology for defense and national security applications, has secured $150 million in a Series B funding round that gave it a $1 billion valuation, Axios reported.

The report said Declaration Partners, Innovation Endeavors and Lupa Systems participated in the fundraising activity that was co-led by venture capital firms Insight Partners and Venrock.

Nick Sinai, a senior adviser at Insight Partners and former U.S. deputy chief technology officer, has been appointed to serve on Rebellion’s board of directors, according to Axios.

Lynch is known as a technology entreprenuer who helped the Pentagon establish and led the Defense Digital Service. 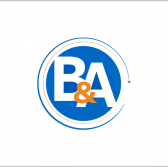