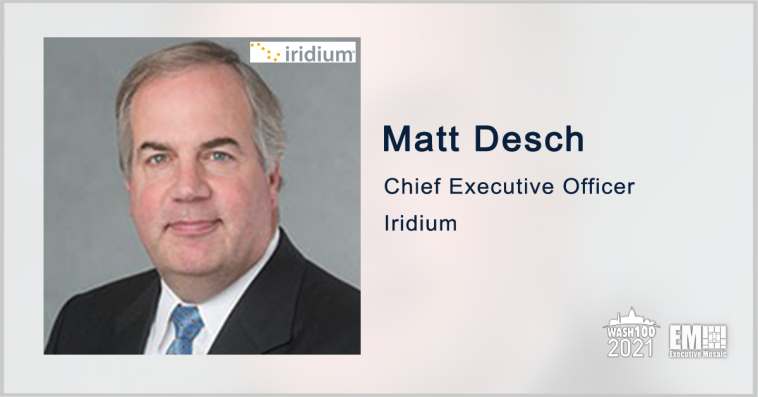 Matt Desch, CEO of Iridium Communications and a 2021 Wash100 Award winner, said he believes the entire satellite industry will benefit from all the innovation in low-Earth orbit satellite constellations, Via Satellite reported Tuesday.

“It’s making stuff cheaper and making stuff better. My next satellites are going to cost a lot less to build than [my current ones],” he said Tuesday during a panel discussion.

The company completed the deployment of its LEO constellation of Iridium NEXT satellites and posted record total revenue of $583.4 million in 2020, reflecting a 4 percent increase from the previous year.

He shared his views on special purpose acquisition companies and their interest in merging with satellite operators.

The excitement for SPACs or blank check companies is “more a reflection of the exuberance of the market, than it is a strategy or investor approach we would take,” he said during the discussion.

Desch said he observed that some satellite startups are signing deals to go public, while mature satellite companies are going private.

“It’s a very weird industry right now – it’s an interesting and exciting time to be part of it because you have to execute your way through that,” he added.

SpaceNews reported that Desch shared his insights on merger and acquisition activity in the satellite industry.

“I don’t think there will be suddenly a flood of mergers,” he said. “Unless everything falls apart, and then maybe people will grab things quickly. But I think that’s still some time away.” 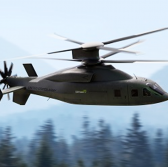 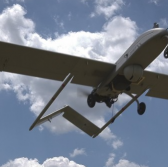