Unisys has released a hybrid workplace security-focused study that shows increased internet security concerns and lack of cybersecurity threat awareness among Americans as well as more cases of employees leveraging software not authorized for work and bypassing security processes of their companies.

The company said Tuesday it surveyed 1,000 consumers in the U.S. and 10,000 more respondents in 10 other countries for the new 2021 Unisys Security Index.

According to the study, concerns around internet security recorded a 16-percent growth in 2021 from 2020. The result is also the all-time high during the study’s 15-year run.

Notably, the survey found that 58 percent of American employees installed unauthorized software, apps or cloud storage programs mostly because of two reasons: there is no good alternative option and downloaded tools were better than company-provided ones.

“Most people probably don’t understand the security risk that comes from downloading unauthorized software for work, but with the hybrid workforce here to stay, the survey shows how important it is to provide the right tools to support productivity and collaboration for remote workers without impacting company security,” said Unisys Chief Security and Infrastructure Officer Mat Newfield.

“The message for businesses and governments is that employees want their employers to do more to balance the two, because if you’re providing digital services that are secure and compliant, the likelihood of opening yourself up to an attack is going to be a lot lower,” Newfield added. 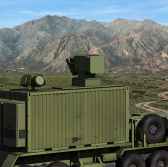