Aerojet Rocketdyne has completed the seven-part retrofit testing series of the modernized components of its RS-25 engines that will be used on NASA’s Space Launch System heavy-lift rocket.

According to the company, the tested components would bring down the SLS engine’s cost by 30 percent compared to the variant used in the canceled Space Shuttle program.

“The components demonstrated in the Retrofit-2 test series leverage the latest advances in design, materials and manufacturing technology to significantly reduce the cost of the RS-25 engines we are building today,” said Eileen Drake, president and CEO of Aerojet Rocketdyne.

Four modernized RS-25 engines are expected to power the SLS’ core stage starting at the fifth Artemis manned mission to the moon.

Aerojet Rocketdyne is currently under contract with NASA to deliver 24 units of such engine. 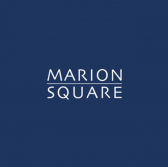