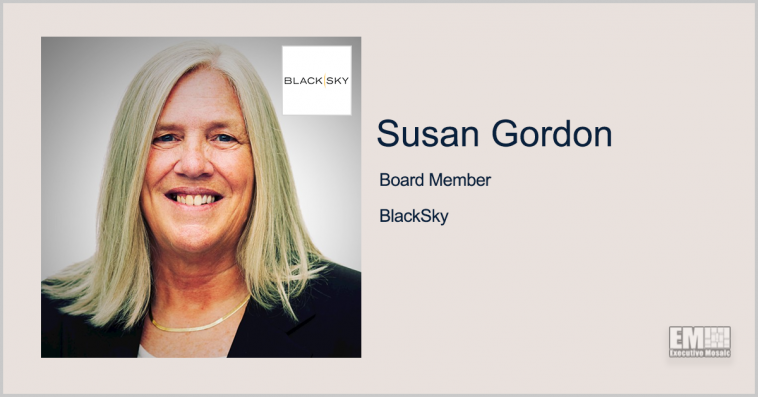 Susan Gordon, former principal deputy director of national intelligence and two-time Wash100 Award winner, has been appointed to BlackSky’s board of directors.

Gordon’s intelligence career spans over four decades and includes serving in the nation’s highest-ranking intelligence officer position as key adviser to the President and the National Security Council.

“Sue is a visionary leader, and we are looking forward to her strategic counsel and broad expertise as BlackSky transitions into its next phase of growth and a new era of real-time global intelligence,” said Brian O’Toole, BlackSky’s CEO.

Gordon shared that she will leverage her deep expertise in the intelligence community to help BlackSky advance their real-time intelligence capabilities and develop technologies to capitalize on today’s commercial space economy.

Currently, Gordon serves on the board of directors for CACI International, Avantus Federal and the National Intelligence University Foundation, in addition to her consulting and advisory roles with Microsoft and other technology organizations.

Additionally, the intelligence community veteran is a fellow at both Duke and Harvard Universities, and her work includes supporting academic activities for the Department of Defense. 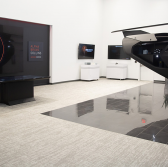