Raytheon Technologies demonstrated the use of its drone and radar technology in counter-unmanned aircraft system operations during a U.S. Army test series at Yuma Proving Ground in Arizona.

Multiple variants of the Coyote interceptor and the KuRFS targeting radar worked together with the military branch’s air defense command and control system to defeat swarms of UAV threats, Raytheon said Monday.

The company secured approval from the Army to deploy the kinetic Coyote Block 2 interceptor following demonstration of the system’s ability to reach targets at longer ranges and higher altitudes than other similar systems during the test period.

In addition, the branch cleared the non-kinetic Coyote Block 3 system for use in an overseas operational assessment after the company demonstrated integrated system-of-systems capabilities against threats in extended ranges.

Raytheon said its KuRFS radar, together with the scaled-down Ku-720 mobile variant, worked to provide a local integrated air picture for interceptors to reach their destination without obstructions.

The tests lasted for 10 days in the summer. 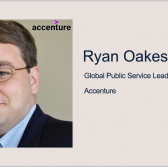