Boeing marked the first delivery of its KC-46A tanker to a foreign customer after it sent one aerial refueling plane to the Japanese air force.

KC-46A, developed for USAF and other international customers on the 767 production line, can carry 18 military standardized pallets for passenger and cargo transport and provide defensive and tactical situational awareness capabilities for air superiority.

“With its ability to carry cargo and passengers, the KC-46A tanker can also support Japan’s humanitarian and disaster relief efforts,” explained Boeing Japan President Will Shaffer.

The second of the four KC-46As ordered by the Japanese government is currently in the assembly phase at Boeing facilities.

In December 2017, Boeing received a potential $288.7 million FMS contract to deliver the aerial refueling plane to Japan. The company was also tasked to provide the U.S. ally with integrated logistics and nonrecurring engineering support services. 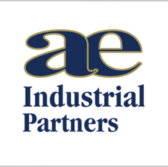