SpaceX has sent a new set of 53 satellites to low-Earth orbit for its Starlink constellation that is established to deliver global broadband internet service to underserved areas, ABC News reported Sunday.

The company’s Falcon 9 rocket launched from Cape Canaveral Space Force Station in Florida and positioned the additional Starlink internet satellites into orbit about 16 minutes after takeoff.

The rocket returned and landed on SpaceX’s autonomous spaceport drone ship in the Atlantic Ocean.

The expansion comes after the company launched its third commercial crewed mission to the International Space Station for NASA from the space agency’s Florida-based Kennedy Space Center on Wednesday.

The SpaceX mission carried four astronauts aboard the Crew Dragon Endurance spacecraft for a six-month deployment at ISS. 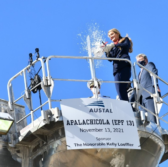 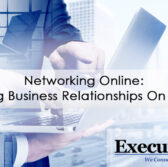