The AWS Top Secret-West region is the second commercial air-gapped cloud authorized for classified workloads and features new multiple availability zones that are geographically detached from the AWS Top Secret-East region that was unveiled in 2014, Max Peterson, vice president of worldwide public sector at AWS, wrote in a blog post published Monday.

“With two Top Secret Regions, customers in the U.S. defense, intelligence, and national security communities can deploy multi-Region architectures to achieve the highest levels of resiliency and availability essential to their most critical national security missions,” Peterson noted. “In addition, they gain proximity to new geographically distributed workloads and mission users.”

AWS Top Secret-West complies with government security policies such as the National Institute of Standards and Technology’s Special Publication 800-53 Revision 4 and the Director of National Intelligence’s Intelligence Community Directive 503. It is also meant to help defense and intelligence agencies meet compliance and regulatory requirements. 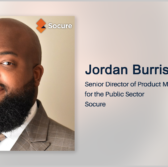