USAF awarded the order under an indefinite-delivery/indefinite-quantity contract for MS-110 Tactical Reconnaissance Pod manufacturing and testing services, the Department of Defense said Wednesday.

According to Collins, the MS-110 is an airborne DB-110 dual-band pod that offers multi-spectral intelligence imagery coverage over wide areas and long ranges during daytime and nighttime operations.

Collins will perform work at its facilities in Westford, Massachusetts, and will aim to complete work by Nov. 30, 2025.

Taiwan requested to procure six pods and related equipment from the U.S. through a $367.2 million FMS deal the State Department approved in October 2020. 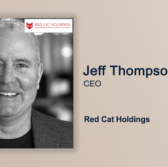