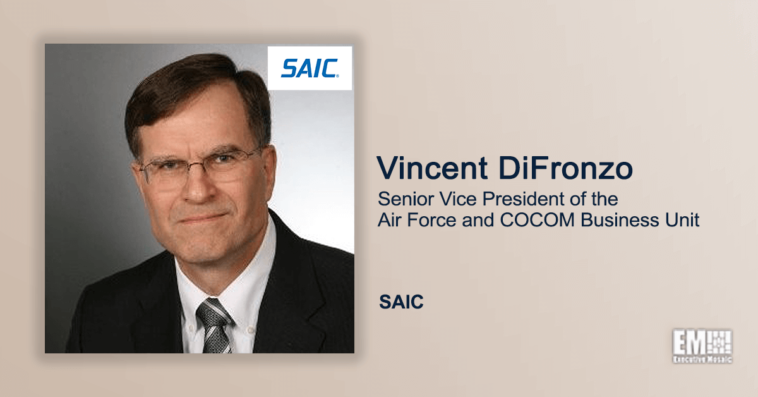 Vincent DiFronzo, senior vice president of the Air Force and COCOM Business Unit at Science Applications International Corp., recently spoke with ExecutiveBiz for the publication’s latest Executive Spotlight interview discussing his transition from his 27 year military career into his current role with the company as well as a recent $99 million contract received by the AFRL as well as SAIC’s WESTAR program and more.

“It’s very normal to have perceptions about what industry looks like coming from the military that are not necessarily accurate. I’d say that one of the key things to do is to talk to the people who have made the transition about the different roles in industry and what they find to be fulfilling. The more people that you talk to about their experiences, then the more informed your decision will be about taking the first or next steps.”

You can read the full Executive Spotlight interview with Vincent DiFronzo below:

ExecutiveBiz: After more than 27 years and 3,600 flying hours, how would you describe the process and transition from a military role to the Pentagon to SAIC as a defense contractor? What advice would you give to those looking to follow a similar career path?

“There are a number of different paths that you can take to work your way into a second career. The beauty of staying in the defense business is you can continue to contribute to national security, which is very motivating.

I was really lucky that I ended up working with some small companies where I had the opportunity to be exposed to the full spectrum of business operations. I eventually came to SAIC and was very fortunate to fall into this role leading our business with the Air Force, DoD Agencies and Combatant Commands.

It’s very normal to have perceptions about what industry looks like coming from the military that are not necessarily accurate. I’d say that one of the key things to do is to talk to the people who have made the transition about the different roles in industry and what they find to be fulfilling. The more people that you talk to about their experiences, then the more informed your decision will be about taking the first or next steps.

Another big factor is that a lot of the skills and knowledge that we’ve developed on the military side can be transitioned and applied in a wide number of roles, but it is critical to understand that there is much you don’t fully understand about the business side of the equation.

Before you can fully leverage that rich experience from the military, you will first have to learn the key factors for company success based on your particular position. Some of the common areas that most of us have to learn are the financials, the strategy process and the nuts and bolts behind the proposal process. Those who are willing to dig in and learn always seem to have a more successful transition.

For those transitioning there is normally an opportunity to improve work-life balance. In the military most of us tend to move quite a bit which is a stressor for the family—we moved three times in my last 5 years in the Air Force as an example, which is not unusual. This transition is a great opportunity to settle the family in an area where you can work for the long term. With more remote work these days, that provides even more opportunity.”

ExecutiveBiz: Congrats on the new $99M contract with the AFRL! Can you talk about the WESTAR program and the partnership SAIC has had with AFRL since 2000? How will this contract develop the USAF’s weapon systems and simulation technology for our warfighters?

“We picked up this AFRL work through our Engility Holdings acquisition back in 2019. This involves a lot of high definition modeling and detailed analysis of current and future weapon systems. From a supporting technology perspective, much of this work leverages the virtual environment in a larger network of different platforms for development and testing.

Digital engineering is very important for this effort. It ensures we have an accurate representation of system capabilities, and the company has been investing in digital engineering heavily for the last six-plus years.

It really pays dividends when you’re working in the systems environment to be able to model the characteristics of different platforms in a realistic manner as it allows for more objective decision making about where to spend the next dollar to get the most out of these capabilities for our warfighters.

This is similar to the work we have done  for the Missile Defense Agency (MDA) where we model current and future weapons and architectures to help design the best weapon systems technology will allow. We’re very excited about that work and the potential synergy between that and our other areas of expertise that we focus on.

For AFRL part of our work is modeling hypersonic weapon systems, whereas for MDA we model hypersonic defenses. These are the most modern weapons available in the market and it’s great to have the opportunity to work with the most advanced technology.”

ExecutiveBiz: In addition to the recent contract, SAIC has also secured contracts with the Air Force to work with the service branch on munition research, counting small unmanned aircraft systems threats as well as strategic plans and policy support services. What can you tell us about the work that SAIC continues to do with the Air Force to drive innovation?

“For starters on innovation, we finally cleared the protest for the force modeling and simulation $800 million contract with the U.S. Air Force that allows us to work a wide spectrum of training capabilities using digital engineering.

This new contract enabled us to expand our work on pilot training for the Air Force. In the last few years, we have developed augmented reality simulators and heavily leveraged data science to prove that pilot training timelines can be significantly compressed to produce more pilots with equal or improved skills.

We have shifted to a more competency-based approach where we use augmented reality simulations at a fraction of the cost of traditional big simulators. This innovative program with Air Education and Training Command is important to solve the Air Force’s pilot training shortage challenge and has been very successful.

We are also the prime contractor for the Department of the Air Force’s effort to improve IT services for Airmen and Guardians under a proof of concept called the Risk Reduction Experiment that leverages best of breed managed service technologies. This program, which is a major transformation initiative for the Air Force, is hyper-focused on improving end user experience and ultimately mission performance.

Under this contract, our innovations have resulted in much improved end user satisfaction with 3x faster boot up times and more automation to quickly resolve issues. The lessons learned from this experiment which supports eight bases inform the follow-on contract that will support the entire Department of the Air Force.

You mentioned the recent Air Force Counter-Unmanned Aerial System win, which addresses a major emerging threat. We support several combatant commands in separate regions and having the ability to defend those areas is critically important.

In this case, the innovation began with our Army business unit that developed the Medusa integration software that supports the end-to-end counter-UAS mission. This very flexible command and control architecture allows us to integrate new sensors and weapons very efficiently as they come on line enabling continuous improvement so we can stay in front of the threat.

These are just a few of the examples of where we use digital modernization to improve our customer’s performance. We have additional innovative Cloud migration and data management programs that are driving major transformation as well.  This is an exciting time to be in this business.” 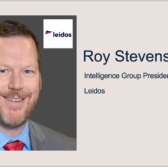 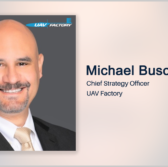