SpaceX has received $337.4 million in a round of equity financing, Reuters reported Wednesday.

The space company, which raised approximately $1.16 billion in equity funding in April, reached a valuation of $100 billion after a secondary share sale in October. Its investors include Alphabet and Fidelity Investments.

Elon Musk’s company disclosed the new funding round in a regulatory filing with the Securities and Exchange Commission.

SpaceX has transported NASA astronauts and cargo payloads to the International Space Station. In November, the company carried out its third crewed mission to the ISS by sending four astronauts aboard the Crew Dragon Endurance spacecraft, which took off from Kennedy Space Center in Florida on a Falcon 9 rocket.

In mid-December, SpaceX used its Falcon 9 rocket to send a new batch of 52 Starlink broadband satellites into a mid-inclination orbit.

GovCon Wire will hold its Space Acquisition Forum on Jan. 19. Click here to register for the virtual forum to hear from defense officials as they share their insights on military acquisition reform and modernization efforts. 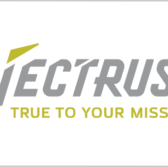