The Defense Advanced Research Projects Agency has transitioned to five research teams from three service branches technologies such as adhesives and polymers with potential military applications that were developed using biologically produced molecules as part of the 1000 Molecules component of DARPA’s Living Foundries program.

A team from the Naval Air Warfare Center Weapons Division worked with Zymergen and Amyris to convert precursor molecules into high-performance composites, thermostable polymers and other materials with combat applications, DARPA said Wednesday.

“These unique compounds have potential for use in durable adhesives for armor and other ground vehicle structural applications and high-performance composites for aircraft and missile applications,” said John La Scala, chief of the manufacturing sciences and technology branch at DEVCOM ARL. 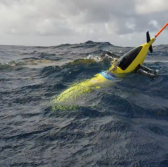