The firm-fixed-price contract provides for software maintenance to support the VMWare virtualization licenses already purchased by the Army, the Department of Defense said Friday.

Dell Federal Systems, the only bidder to the award that was solicited online, will perform work at its facilities in Round Rock, Texas, for a period ending on January 2023.

The Army Contracting Command obligated $93.03 million in fiscal 2022 operation and maintenance funds on the award.

In November, Dell spun off 81 percent of its equity ownership of VMware. The move led to two standalone companies while preservice parts of their relationship, such as VMware continuing the use of Dell Financial Services to support customers. 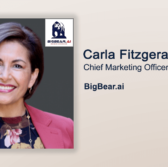