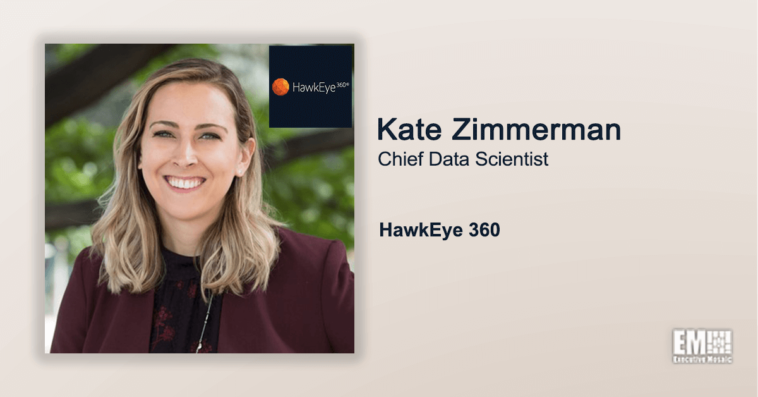 “With her superior leadership and keen technical vision, Kate is a welcome addition to our team,” commented Tim Pavlick, vice president of product and design at HawkEye 360. Pavlick added that Zimmerman will help expand the company’s terrestrial and maritime analytics capabilities launched over the past year.

Prior to joining HawkEye 360, Zimmerman spent over four years at Amazon Web Services, where she most recently served as senior manager of the company’s Machine Learning Solutions Lab in support of AWS’ intelligence and defense clients. She also worked as a principal deep learning architect and an AI/ML specialist.

Currently, Zimmerman serves as a computer engineer for the U.S. Air Force Reserve, where she focuses on prototyping AI/ML payloads for the U.S. Space Force.

“Having worked with RF data, payloads, and ground systems throughout my career, I see this work as a return to my roots,” Zimmerman said of her new position at HawkEye 360, noting that she looks forward to delivering predictive analytics offerings to the company’s public sector, commercial and humanitarian customers. 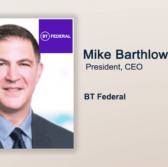