Lockheed Martin recorded a range of testing, sales and performance milestones achieved by the F-35 aircraft in 2021.

The previous year saw Switzerland and Finland joining the F-35 customer base and Denmark receiving its first F-35 unit, the company said Monday.

The Netherlands also became the ninth country to declare initial operational capability of the jet in 2021.

Lockheed reported that the F-35A demonstrated mission-capable rates of over 80 percent in the year, with 93 percent of F-35 parts having performed better than expected.

The company attributes the milestones to digital technologies that supported the aircraft’s sustainment and the 142 deliveries in the recently concluded year. 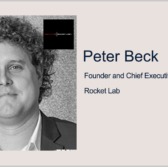