Lockheed Martin’s venture capital arm has made an investment in Electra.aero through a Series A funding round to enable the latter to perform flight testing of its hybrid-electric ultra-short takeoff and landing demonstrator aircraft in 2022.

“Electra’s technical approach to sustainable aviation is differentiated, and we are excited to see this concept mature,” Chris Moran, vice president and general manager of Lockheed Martin Ventures, said in a statement published Monday.

“Hybrid-electric aircraft have the potential to deliver operational and environmental advantages over other aircraft, including increased payload and range without gambling on battery improvements,” added Moran.

The Electra-built hybrid eSTOL aircraft comes with a small turbine-powered generator that can charge batteries in mid-air and uses blown lift technology and a distributed electric propulsion system. The aircraft can be used in various applications, including cargo transportation, medical missions and passenger service. 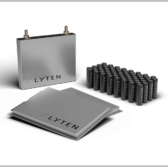 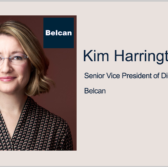