John Rood, CEO of Momentus, will assume an additional role as president of the commercial space company following Fred Kennedy’s announcement of stepping down from the post, effective Jan. 21.

In a statement published Saturday, the Momentus chief executive underscored Kennedy’s company commitment and contributions, and said the team remains focused on the maiden launch of its Vigoride vehicle to low Earth orbit as early as June.

Rood became the company CEO in August 2021, bringing over two decades of experience in serving the government and the private sector. He was the undersecretary of the Department of Defense for policy and previously worked as a vice president at Lockheed Martin.

As part of the recent leadership changes, Rob Schwarz, chief technology officer of Momentus, will function as the head of engineering and operations on an interim basis. He will help ensure a seamless transition as the company moves to hire new executives. 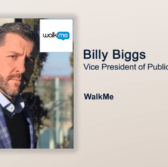