The Department of Defense spent $14 trillion on the country’s two-decade war in Afghanistan and a study by Brown University’s Costs of War Project says at least 33 percent to 50 percent of the total defense spending went to contractors, The Wall Street Journal reported Friday.

Data from the Costs of War Project, a group of legal professionals and scholars, shows that five defense contractors accounted for about $2.1 trillion in military spending on weapons, supplies and other support services during the 20-year conflict. Those companies were Lockheed Martin, General Dynamics, Boeing, Northrop Grumman and Raytheon Technologies.

According to the report, smaller companies also generated billions of dollars for offering training support to Afghan police officers, providing security to diplomats, establishing schools and building roads, among other efforts.

Current and former officials said Republican and Democratic administrations believed the use of contractors helped reduce the number of deployed troops and military casualties.

The “dedicated support offered by many thousands of contractors to U.S. military missions in Afghanistan served many important roles to include freeing up uniformed forces for vital war fighting efforts,” said Maj. Rob Lodewick, a spokesman for the Pentagon. 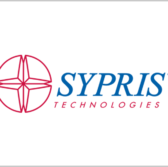