SpaceX‘s Dragon spacecraft has returned to Earth with 4,900 pounds of cargo from the International Space Station after the recent CRS-24 resupply mission with NASA.

Dragon splashed down off Florida’s coast, where the spacecraft will be transported to NASA’s Kennedy Space Center in the state, Mark Garcia, a social media professional, said in a NASA blog post published Monday.

The spacecraft’s cargo includes experiments on various scientific topics such as nanoparticle-based manufacturing and the human body’s response to microgravity.

The cargo also brings back the Light Microscopy Module, which supported microscopic observations for thermophysics, plant studies and colloid research over the past 12 years at ISS. 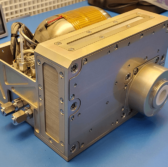 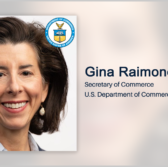