The company will develop and produce a new high-frequency radio for Air Force, Navy and Marine Corps aircraft under the Rapid Prototyping and Fielding Program, Robins Air Force Base said Tuesday.

“The AN/ARC-190 is still functional, but isn’t capable of meeting today’s warfighter’s needs and is no longer in production. If the AHFRM program didn’t exist, the field would start to see degraded operational impacts as early as 2024,” Fazely said. 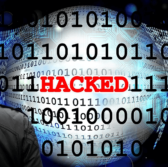