Ball Aerospace helped NASA complete the critical design review of a satellite designed to map the sky and support scientists’ study on the cause of cosmic inflation in the universe’s earlier stages.

The company said Wednesday it designed, integrated and tested the Spectro-Photometer for the History of the Universe, Epoch of Reionization and Ices Explorer or SPHEREx.

The CDR’s completion allows Ball to commence the production of SPHEREx mission’s spacecraft and telescope, which together make up a medium-sized satellite. SPHEREx’s spacecraft builds on the Ball Configurable Platform, which was also NASA’s basis for the already-launched Imaging X-Ray Polarimetry Explorer.

“After completing separate CDRs for the spacecraft last June and for the telescope in November, this overall mission CDR is the final step before full assembly begins,” said Makenzie Lystrup, vice president and general manager of civil space at Ball Aerospace.

James Bock from the California Institute of Technology serves as SPHEREx’s principal investigator while NASA’s Jet Propulsion Laboratory functions as its managing center.

The spacecraft’s launch is scheduled to take place in June 2024 at the earliest and April 2025 at the latest. 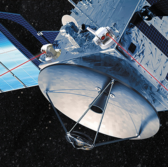 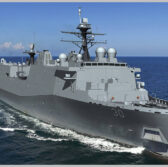