Xplore has secured $16.2 million in venture financing and completed milestones on contracts with federal customers, including NASA’s Jet Propulsion Laboratory, National Oceanic and Atmospheric Administration and the U.S. Air Force.

According to Xplore, it has received nondilutive funding worth $4 million in the past two years and a $2 million contract from the Defense Innovation Unit’s hardware development accelerator, National Security Innovation Capital.

Xplore provides sensors as a service, data as a service and satellite as a service to facilitate collection of space-based data. The company is developing a satellite, called Xcraft, at its Redmond, Washington-based manufacturing facility.

Erik Hammer, managing partner at Alumni Ventures, said Xplore’s team of professionals and business model can bring space as a service to various clients looking for ways to capture data and imagery from orbit. 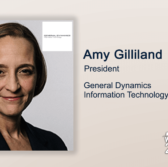 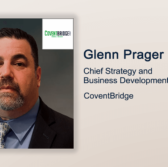