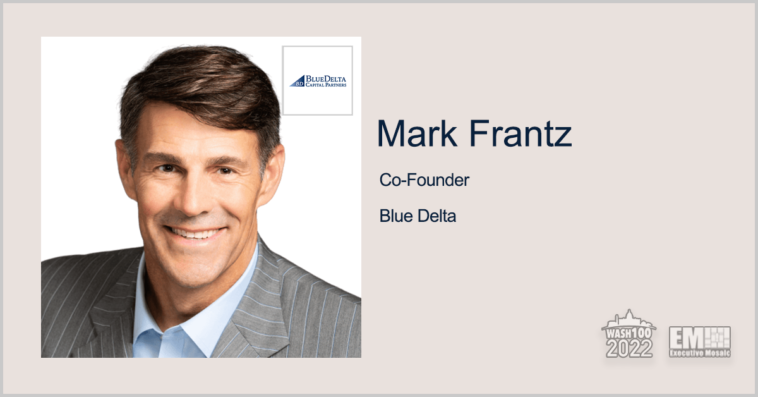 Executive Mosaic is honored to present Mark Frantz, co-founder of Blue Delta Capital Partners, as a first time inductee of the Wash100 Award in recognition of his leadership in expanding the McLean, Virginia-based venture capital firm’s industry footprint through increased investments and executive onboardings.

Frantz has received the most significant and coveted award in all of government contracting (GovCon) for his contributions to our community as well as the impact and contributions he’s expected to make in the coming year.

Visit Wash100.com to cast a vote for Mark Frantz as one of your TEN votes to advocate for your favorite leaders in the federal and government sectors.

Last year saw Blue Delta pouring capital into a number of companies to support their growth initiatives. Most notably, it placed a minority investment in Redhorse that led to leadership changes and board appointments at the technology services contractor.

John Zangardi, new Redhorse CEO and Frantz’s fellow 2022 Wash100 winner, recently spoke with Executive Mosaic about the opportunity to work with the portfolio of Blue Delta companies and said, “This investment will accelerate our mission to deliver data analytics and AI-based solutions to our national security and federal customers.”

The recently established board of directors at Redhorse includes Renny DiPentima, a member of Blue Delta’s advisory board and former president and CEO of SRA International; and Chris Torti, a general partner at Blue Delta, in addition to Zangardi.

Other investments were made to support Acclaim Technical Services, a language and intelligence services company, and Client Solution Architects, a digital transformation consulting firm.

Commenting on the CSA financing, Frantz said, “We believe CSA’s digital transformation and IT modernization capabilities can scale to new heights at the [U.S. Navy] and the [Department of Defense] with this acquisition of Capstone they just completed.”

In mid-December, Blue Delta announced $215 million in its third venture fund that will be used to invest in federal government services providers. The firm eyes non-controlling ownership positions in such companies.

“Raising Fund III in a matter of weeks, and with only one closing, enables us to spend more time working with our existing portfolio companies and partnering with new industry-leading federal companies in 2022 and beyond,” said Frantz.

In October, Mac Curtis, former chairman of the board, president and CEO of Perspecta and a seven-time Wash100 Award recipient, was named venture fellow at the capital firm. He is expected to sit on several portfolio companies’ boards and back their growth initiatives.

A month following Curtis’ appointment, Blue Delta added Sanju Bansal, a software entrepreneur and investor who co-founded MicroStrategy, to its advisory board. He is responsible for providing portfolio companies with insights about next generation technologies meant for the federal government technology market.

Since Blue Delta’s founding in 2009, Frantz has helped oversee the firm’s investments in more than 20 players in the federal government services sector. To date, seven executives made up its investment team committed to supporting its vision of assisting entrepreneurs in growing their businesses. Blue Delta also has three venture fellows and several advisory board members.

Executive Mosaic congratulates Mark Frantz and the Blue Delta team for being named a 2022 Wash100 Award recipient. As a first time winner of the most coveted award in GovCon, Frantz has demonstrated a level of success and recognition that can only be recognized by the Wash100 Award and the GovCon community.

Visit Wash100.com to vote for Mark Frantz and who you believe deserves the recognition as the most significant leader to the GovCon community and federal landscape. 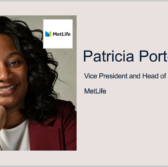 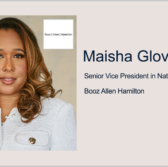