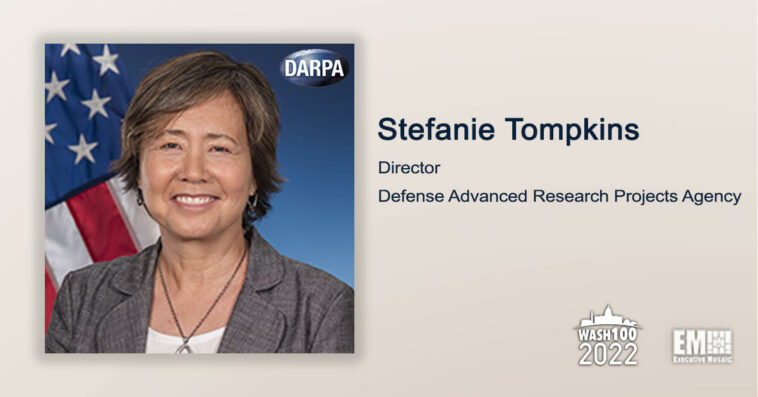 Stefanie Tompkins, director of the Defense Advanced Research Projects Agency (DARPA), has been recognized as a 2022 Wash100 Award recipient, for the first time in her illustrious federal career, for her leadership to ensure the agency culture for DARPA remains cutting edge.

In addition, Tompkins is being recognized with the most acclaimed award in all of government contracting (GovCon), for her vision and reliability to lead digital transformation efforts and make early investments to stay ahead of the technological curve in the federal landscape.

Visit Wash100.com to cast a vote for Stefanie Tompkins as one of your TEN votes to advocate for your favorite leaders in the federal and government sectors.

DAPRA appointed Tompkins as the 23rd director back in March 2021 to utilize her more than ten years of experience with the agency to the forefront as well as bringing her advanced skill set and drive to convert bold technology visions into new capabilities.

“I am honored and thrilled to return to DARPA, where breakthrough technologies are a near-daily occurrence. Such breakthroughs could not be more consequential for our national security, economic competitiveness, and our personal lives,” Tompkins said.

Most recently, Tompkins acted as a keynote speaker during the 8th Annual Defense R&D Summit hosted by Potomac Officers Club back in January to highlight specific innovation projects and R&D efforts within DARPA to pursue advancing national defense capabilities.

During her keynote address for Potomac Officers Club, Tompkins mentioned a number of notable and recent developments that DARPA has led, including miniaturizing GPS technology, building the ARPANET and the development of mRNA vaccines.

DARPA’s early involvement in what has become a significant, emerging development in biodefense shines a spotlight on the agency’s strategy to get in on the ground floor of tech and scientific breakthroughs, or “pivotal early investments,” as  Director Tompkins called it.

“We’re trying to change the trajectory of technology in order to provide new capabilities for our national leadership and for our military leaders,” Dr. Tompkins explained of DARPA’s investment mission.

If you missed the event in January, visit PotomacOfficersClub.com, where you can view the full Defense R&D Summit on-demand now.

Stefanie Tompkins also participated in a discussion on the Washington Post Live to talk about her journey in the federal sector and her motivation for public service as well as the challenges of keeping DARPA’s highly successful culture intact to continue to drive the agency forward.

In her remarks, Tompkins explained that a significant portion of her role as DARPA director is to ensure the agency’s culture remains the same while keeping up with evolving technology as well as significant changes in demographics, populations and people.

“DARPA is really an extraordinary organization to begin with,” said Tompkins. This is an organization that is somewhat director-proof in the fact that its culture, very much because of the authorities we have and because of the fairly rapid turnover rate we have among people, so that nobody has a chance to permanently embed themselves and build walls, is something that is already incredibly precious.”

In addition, Tompkins has also been at the forefront of DARPA’s collaboration with the private sector and academics in transition technologies such as unmanned aerial vehicles and precision weapons for over 60 years.

She also expressed her thoughts on the Computational Cultural Understanding (CCU) program from DARPA that seeks to bring artificial intelligence-based technology to automate the analysis interpretation of military insights. More specifically, Tompkins said the program will focus on the development of natural language processing tools to “understand and interpret cultural cues.”

Visit Wash100.com to vote for Stefanie Tompkins and who you believe deserves the recognition as the most significant leader to the GovCon community and federal landscape.

Executive Mosaic is proud to recognize DARPA and Stefanie Tompkins for being named a 2022 Wash100 Award recipient. As a first time winner of the most coveted award in GovCon, Tompkins has demonstrated a level of success that can only be recognized by the Wash100 Award and the greater GovCon community. 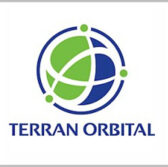 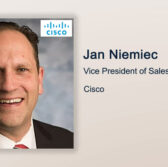