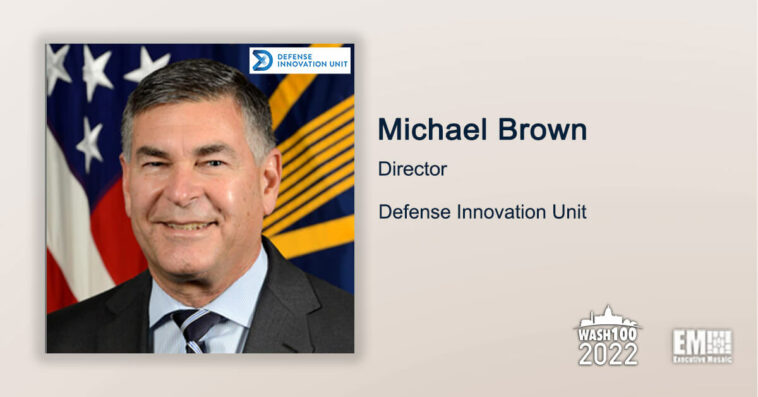 Executive Mosaic is pleased to announce that Michael Brown, director of the Defense Innovation Unit (DIU) with the Department of Defense (DoD), has been recognized as a 2022 Wash100 Award recipient for the first time in his illustrious career.

Brown has received the most prestigious award in all of government contracting (GovCon) for his leadership with the DIU to drive innovation and new capabilities for the U.S. military and our federal agencies. He’s also been influential in the push for greater collaboration with industry.

Visit Wash100.com to cast a vote for Michael Brown as one of your TEN votes to advocate for your favorite leaders in the federal and government sectors.

Most recently, DIU announced a 12-month program with Defense Acquisition University (DAU) to launch in October that will train civilian and military contracting officers on the Commercial Solutions Opening process as part of efforts to speed up the delivery of technologies to warfighters.

“To give our warfighters the best and most current technology available, DoD must embrace and leverage an acquisition process that maximizes competition and enables the Department to operate at commercial speeds,” said Michael Brown. “We need to train our acquisitions talent from across the Services on how to effectively transition technologies from the commercial sector into the DoD.”

DIU and DAU will conduct a competitive selection process to name up to six contracting officers that will participate in the program. Those who will complete the training program will serve as a link between DIU and service branches on future projects.

Back in February, Brown wrote a guest feature highlighting the Department of Defense’s (DoD) need to address the increasing challenges posed by cyber and asymmetric warfare by working directly with industry and academia.

Michael Brown discussed DoD’s significant efforts to advance a technology modernization agenda that seeks to bring about a series of business process reforms, which he said are critical to improving the country’s defense posture.

He also illustrated how important industry is in the development of such a platform to deliver situational awareness in real time and a resilient communications network. Brown explained that executing this vision and driving this mission is critical for more companies to participate in a once-in-a-generation economic opportunity that likewise enhances national security in the 21st Century.

“We need all sides of the triangle of business, academia and government actively engaged, providing different ideas and approaches to accelerate our pace of modernization. Rebuilding the connection between DoD and the commercial industry — from exchanging talent, acquiring products, having open communications on key issues — is critical,” Brown noted.

In addition, Michael Brown was also featured as a keynote speaker for Potomac Officers Club’s highly-anticipated 8th Annual Defense R&D Summit back in January. The DIU Director emphasized that everything the department does is to bring innovation and new capabilities from the commercial industry to the U.S. military and federal agencies, including AI, cyber and autonomous systems.

“To really have an effective military, we need to rely on all of the brain power, the incubators, the startups and the academic communities that are generating a lot of the ideas that are pushing these new technologies forward,” Brown said.

Michael Brown was named the new DIU director in Sept. 2018. Prior to his appointment, Brown was a White House Presidential Innovation Fellow at DoD between 2016 and 2018. He also was the CEO of the Symantec Corporation, the global leader in cybersecurity and the world’s 10th largest software company, between 2014 and 2016.

In the role, Brown led the company with revenues of more than 4 billion and managed 10,000 global employees as he transformed Symantec’s focus on its security business and drove the company’s culture towards innovation.

Visit Wash100.com to vote for Michael Brown and who you believe deserves the recognition as the most significant leader to the GovCon community and federal landscape.

Executive Mosaic is proud to recognize DIU Director Michael Brown for being named a 2022 Wash100 Award recipient. As a first time winner of the most coveted award in GovCon, Brown has demonstrated a level of success and recognition that can only be recognized by the Wash100 Award and the GovCon community. 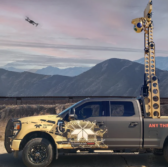 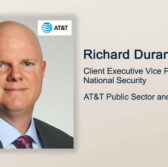