General Electric’s aviation subsidiary has started to test a rotorcraft engine that is designed to power Apache, Black Hawk and Future Attack Reconnaissance Aircraft platforms for the U.S. Army.

The company won the ITEP EMD contract valued at $517.4 million in February 2019 and used 3D-printed components and ceramic matrix composite materials to produce the technology.

The Army expects the 3,000-horsepower T901 turboshaft engine to increase the performance of the branch’s UH-60 and AH-64 helicopters and plans to incorporate the machine into prototypes for the FARA competition. 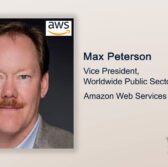