The company said GE Research, under DARPA’s Automated Rapid Certification of Software or ARCOS program, is working with GE Aviation Systems, Galois and Guardtime Federal to automate the process.

The collaborative effort aims to eventually demonstrate an automated assurance model on a complex system.

“As DARPA makes strides to increase the speed and automation of software certification processes, Guardtime Federal is excited to collaborate with GE Research to add digital integrity and provenance to the ARCOS evidence lifecycle,” said David Hamilton, president of Guardtime Federal.

The program is now in its second year. 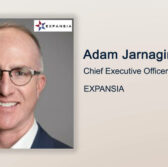