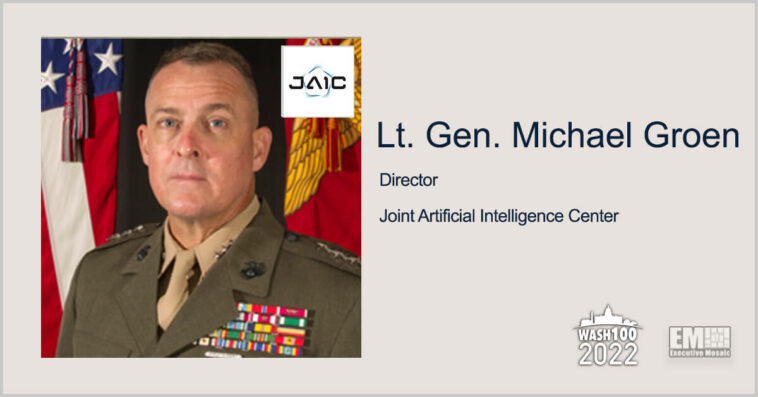 Executive Mosaic is honored to introduce Marine Corps Lt. Gen. Michael Groen, director of the Department of Defense’s Joint Artificial Intelligence Center, as a 2022 Wash100 Award winner, the second consecutive year that he’s received the most acclaimed award in all of government contracting (GovCon).

Visit Wash100.com to cast a vote for Lt. Gen. Michael Groen as one of your TEN votes to advocate for your favorite leaders in the federal and government sectors.

Since assuming the leadership role at JAIC in October 2020, Groen has spearheaded efforts to integrate AI to help transform U.S. joint warfighting and departmental processes.

In an interview in November, Groen said JAIC is in a phase where it focuses on enabling AI capabilities and is trying to advance that transition toward enablement through the AI and Data Acceleration initiative.

Launched in June 2021, the ADA initiative sought to execute exercises and implementation experiments that aim to incrementally build the military’s understanding of AI to help advance joint all-domain command and control and other AI-dependent concepts.

He described ADA as an experimental effort that intends to establish a decision environment for heads of combatant commands based on challenges and priorities using AI algorithms.

“ADA begins with a data environment so the chief data officer and that team are building what they call operational data teams, which will go to combatant commands and help commands with their data environment, help them make sense of the data to help them predict data flows and how they will have to use that data in a crisis environment,” Groen said.

“Our approach is to take workflows out of the combatant command and then see where we can automate or accelerate those workflows through the integration of data, real human-machine learning by taking a look at how decisions are made and how processes are conducted today,” he added.

He noted that developing strong data strategies and data environments will be key to the military’s AI adoption efforts and cited DOD’s need to shift from a hardware-centric institution to a “world class software organization.”

At a cybersecurity summit in October, Groen said AI’s first cyber defense aspect should begin with network security and that the Pentagon has begun shifting its mindset on networks and architecture because those play a key role in warfighting and must be treated as weapons.

“We have to plan to protect them, make them resilient because everything that we’re going to do in an artificial intelligence or data-driven way will depend on the security [of] those networks,” he added.

In early 2021, the National Security Commission on Artificial Intelligence released its final report and Groen said DOD started implementing the recommendations in the report. He noted that AI serves as a “core tenet of defense modernization and highlighted the need for the department to make institutional changes to accelerate AI implementation.

“We’ve created positive momentum for AI, and we continue to build on that now. But now comes the real critical test in any transformation. The hardest part is institutional change and change management of the workforce and practices and processes that drive a business. This step will not be easy, even within the Department of Defense, but it’s foundational to our competitive success, our accountability and our affordability,” Groen said.

“We have a generational opportunity here for AI to be our future. We must act now. We need to start putting these pieces into place now,” he added.

Groen warned that obsolescence is the Pentagon’s biggest competitive threat and noted that building platforms with open architectures is key to creating more capabilities that can be integrated into unified warfighting concepts like Joint All-Domain Command and Control. He added that AI will be key to data processing to enable JADC2.

“Until we have an integrated war-fighting capability, data-driven that can operate at tempo, we’re vulnerable,” he said.

He mentioned the need for DOD to accelerate efforts to adopt cloud services, standardize data and incorporate AI into operations to maintain its edge over China.

“You know, to a Marine, that’s danger close,” Groen said of China’s goal to become a dominant player in the AI field by 2030.

Groen also stressed the importance of DOD’s ethical guidelines for AI, dismissing suggestions that such guidelines were delaying AI development and deployment work.

“From an ethical baseline comes trust in AI systems. It comes from a trust-and-verification, test-and-validation environment where you’re actually ensuring that systems work, they work in areas where they’ll be deployed, and they work with other kinds of systems in achieving the overall operations effect you’re trying to achieve,” Groen said.

“If AI is not trusted in the department by…commanders, etc. then It won’t be used, right?,” he added.

Executive Mosaic is thrilled to recognize Lt. Gen. Michael Groen as a 2022 Wash100 Award recipient. As a repeat winner of the most coveted award in GovCon, Groen has demonstrated a level of success and recognition that can only be recognized by the Wash100 Award and the GovCon community.

Visit Wash100.com to vote for Lt. Gen. Michael Groen and who you believe deserves the recognition as the most significant leader to the GovCon community and federal landscape. 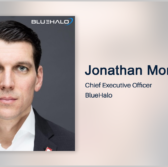 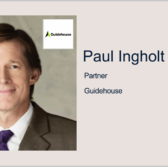