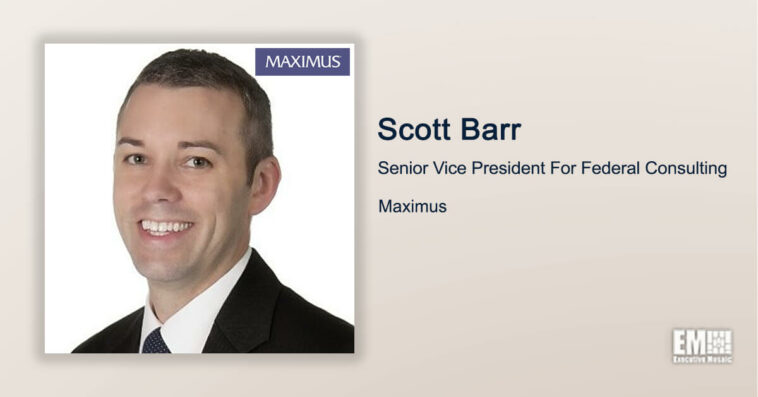 Teresa Weipert, general manager for U.S. federal services at Maximus, emphasized Barr’s proven track record in public sector-facing organizations. She said his addition will assist the company with its “large investments in technology capabilities, both through organic growth and acquisitions” and help achieve its objective “to bolster our position as a premier innovator in the federal technology space.”

At Maximus, Barr will leverage a 25-year career in technology and business development.

According to his LinkedIn profile, he began as a business analyst at American Management Systems and then spent 22 years at Booz Allen Hamilton in various positions.

After Booz Allen, Barr struck out on his own, founding and operating real estate investment company Taytian and assuming the role of president for health IT consulting firm Sierra7, where he led business operations and attempted to innovate the organization’s technology portfolio.

Barr also spent time as an adjunct professor of change management at Georgetown University’s McDonough School of Business, where he taught marketing, performance management and leadership.

The executive said he was excited by the plethora of technologies that Maximus has to offer and anticipates building on its achievements in robotic process automation, artificial intelligence, machine learning, cybersecurity and cloud services.

“Maximus’ federal sector is on the verge of something special, and I look forward to playing a role in taking the company to new heights,” Barr added. 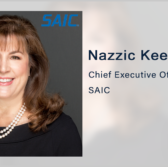