Stratolaunch has opened an office at National Landing in Arlington, Virginia, to support business development and operations and facilitate engagements with government and industry leaders within the Washington, D.C. metropolitan area.

“This location enables us to be responsive to both our government and commercial customers,” Zachary Krevor, president and chief operating officer of Stratolaunch, said in a statement published Thursday.

“The office location positions our company at the epicenter of where many defense decisions are being made relative to the nation’s hypersonic development path” and enables Stratolaunch to meet the requirements of the U.S. national security strategy, Krevor added.

Stratolaunch, which was established by Microsoft Co-Founder Paul Allen in 2011, built the world’s largest aircraft dubbed Roc. In February, the company completed the fourth flight test of its carrier aircraft in preparation for future tests with the rocket-powered Talon-A hypersonic testbed vehicle. 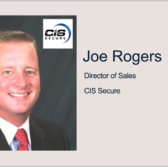 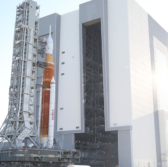