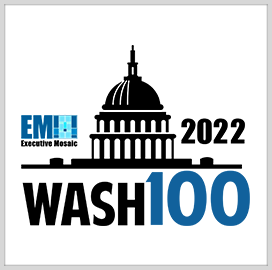 The final month of voting for the top 30 rankings of the Wash100 Award has arrived and the last day for you to contribute – April 30 – is closing in fast. The order of the top 30 executives is still in motion, with several executives gaining a late-in-the-game surge in momentum. Don’t wait to have a say in who gets crowned the number one executive from the combined list of government, government contracting and industry key players.

This week, there were a number of surprising and intense developments. Jen Easterly, director of the U.S. Cybersecurity and Infrastructure Security Agency, tied with her highest placement in this year’s race thus far by moving from last week’s number nine position to number seven.

Also achieving best-ever ranking status was Amy Gilliland, president of General Dynamics Information Technology, who ascended a staggering eight spots from number 19 to number 11 in just a week’s time. Gilliland is a five-time recipient of the award and has been making steady progress in the ranking for several weeks now.

Similarly notching a personal record was Gilliland’s colleague, Phebe Novakovic, chairman and CEO of General Dynamics, who rose from number 15 to number 13 over the course of the week. Novakovic is an eight-time Wash100 Award winner.

First-time winner Clara Conti, vice president and general manager of Red Hat, re-entered the top 20 this week, moving from number 21 to number 20. Conti placed highly earlier in the competition so it’s possible she’s headed back toward the top.

But the excitement doesn’t stop there. Just over three weeks remain until the closing of the polls and the final tallying of the votes, so if you or your peers are lovers of all things GovCon, spread the word to your community to head to Wash100.com and cast your 10 votes today! 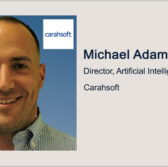 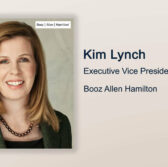